A Novel of Alpennia
by Heather Rose Jones 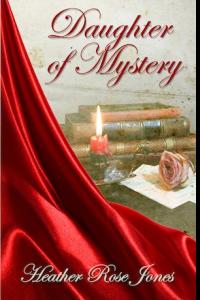 Margerit Sovitre did not expect to inherit Baron Saveze’s fortunes—even less his bodyguard, a ruthlessly efficient swordswoman known only as Barbara. Wealth suddenly makes Margerit a highly eligible heiress and buys her the enmity of the new Baron. He had expected to inherit all, and now eyes her fortune with open envy.

Barbara proudly served as the old Baron’s duelist but she had expected his death to make her a free woman. Bitterness turns to determination when she finds herself the only force that stands between Margerit and the new Baron’s greed.

At first Margerit protests the need for Barbara’s services, but soon she cannot imagine sending Barbara away. And Barbara’s duty has become something far more hazardous to her heart than the point of a sword. But greater dangers loom than one man’s hatred—the Prince of Alpennia is ill. Deadly intrigue surrounds the succession and the rituals of divine power known as The Mysteries of the Saints.

Heather Rose Jones debuts with a sweeping story rich in intrigue and the clash of loyalties and love.

Daughter of Mystery was chosen for the Gaylactic Spectrum shortlist of recommended works, and was a finalist for the Golden Crown Literary Society award in the Science Fiction/Fantasy category.

Check out this reading from Daughter of Mystery on The Lesbian Talk Show podcast.

The chemistry between Barbara and Margerit builds ever so slowly until it’s finally crackling in the later stages of the book. ... The author makes it feels like we’re reading something that could have been written in the 19th century but, you know, with magic, kind of like Jonathan Strange & Mr. Norrell by Susanna Clarke. Heather Rose Jones’s worldbuilding is superb. It’s clear that she’s done extensive research into European history during the time of the English Regency in order to create Alpennia as a setting that’s both relatable and unique all at the same time.

Abduction attempts, social sabotage and political intrigue follow, with both women in over their heads and dependent on each other for survival. This could so easily have been a story romanticising an abuse of power but Jones skillfully avoids that, with Margarite carefully keeping her feelings hidden until circumstances change to put them on an equal footing.

The world building is superlative – I never felt that I was being spoon-fed when I read this novel. The author fleshes out sufficient space for the reader to make sense of Alpennia as both a reflection of 19th century Europe and its ‘other’ – a realm of fantasy in which our awareness of religion and history might be turned on its head. The prose style both challenged and entertained, and I found myself unable to stop turning the pages as the narrative reached its climax.

Daughter of Mystery compares fairly well to some of the other historical fantasy novels I’ve enjoyed, such as Sorcerer to the Crown.

Daughter of Mystery is a book which really, properly examines its magic system, and completely wonderful to read if you’re at all interested in the mechanics of a fantasy world. There are no easy answers here. Yet it does not forget its roots in historical fiction either, with recognisable and well-loved tropes such as chance meetings, issues of inheritance and propriety, and secret identities. There’s a marvellous eye for detail in everything from style of dress to archaic law in a way that even I, as a novice in historical fiction, was able to engage with and enjoy.